Here's a fairly common situation in the Nihongo codebase:

Swift does give you a way to express your certainty that an optional is non-nil. Instead of the ? operator, I could use !. But it's a very blunt instrument. And the reality is, I can never be 100% sure I haven't made a logical error, and my optional actually is nil. What if I rename a color, and forget to update a call to UIColor(named:), for example?

What I really want is for the app to fail gracefully (i.e., not crash), but let me know something went wrong so I can fix it in my next release. That's why I started using something I've been calling expectNotNil:

expectNotNil takes an optional, and returns that optional back without modifying it. But if that optional is in fact nil, it also logs an error to Crashlytics. It uses the filename as the domain, and line number as the error code.

You could accomplish the same thing by explicitly handling the nil case using an if let or guard let,  but I've found this causes an explosion of boilerplate error handling. I've been using expectNotNil all over Nihongo for about a year, and have found it to be a great alternative.

There are some downsides that make it not a good fit for optionals you truly expect could be nil. For example, if the line number changes across releases, it will show up as a new error. But as a lightweight alternative to ! and ?, I think it's a good tool to have in your tool chest.

Nihongo 1.29 is out, and it's all about improvements to the experience of using photos, screenshots, and your camera to look up words and make flashcards. Download here. Major Features * Bulk Photo Lookups - Select multiple photos and look up words in all of them at once. * Copy Text 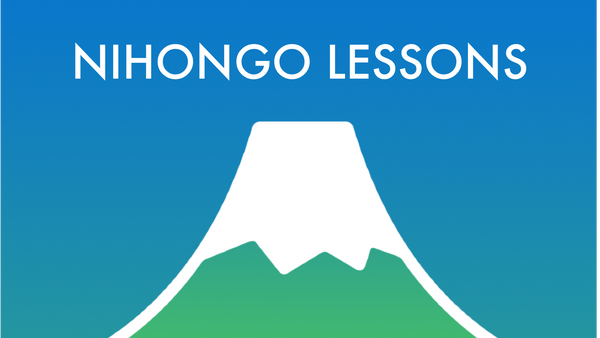 My latest app, Nihongo Lessons, is now available on the App Store! You can download it here. Think of Nihongo Lessons as the textbook to Nihongo’s dictionary. It’s an app for learning Japanese, specifically made for learners who are serious about becoming fluent, and want a guided set
Just a quick update from me, since I know I've been quiet for a while. Since completing my family's move to Japan in August, I've been hard at work on the Jalup integration with Nihongo. In the end I decided it made more sense for Jalup content to live in