Just a quick update from me, since I know I've been quiet for a while. Since completing my family's move to Japan in August, I've been hard at work on the Jalup integration with Nihongo.

In the end I decided it made more sense for Jalup content to live in its own app, which is why things are taking a bit longer than I expected. But I think the result will be great. I'm aiming for a December 1 release right now.

I've settled on pricing, which is going to simply continue the same approach and pricing as the Jalup app – $119.99/deck individually, or $299.99 for all of them. I'll be giving a 50% discount for anything you've purchased previously via iOS app, Anki, or Android. I hope you feel like you're getting your money's worth with the improvements I am working on.

Speaking of which, let me share a little bit of what I'm working on!

As you might notice in the screenshots, I'm adopting Nihongo's strategy for the "learn" phase of a card. This means you'll be presented with new words in groups of 10, and need to mark each one correct 3 times before they move into the "review" pile. I believe this repetition gives you a more solid foundation than simply viewing the card once and tapping learn.

I hope you can tell I'm dedicated to not only taking over the existing Jalup, but improving it as well! I have lots of ideas about where to go with the app, and want to hear your feedback as well. I'll be starting a beta in the coming weeks to solicit feedback. If you'd like to make sure you get a spot please email me at chris@nihongo-app.com.

There's a bug in Xcode 14 betas 4-6 that causes your CPU to go crazy and drain your battery. Here's a workaround. 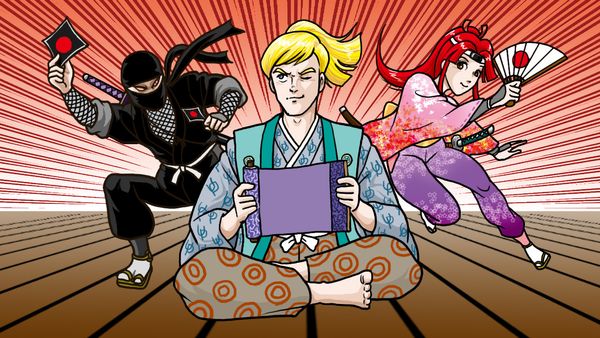 Some big news! You may have heard that Japanese Level Up [https://japaneselevelup.com] (aka Jalup), the excellent Japanese learning tool created by Adam Shapiro, is shutting down [https://japaneselevelup.com/the-end-of-jalup/] later this year. I've long been a fan of Jalup, and was sad to see this great resource
Major Updates * Handwriting Search - Search for kanji by drawing them with your finger. Other Improvements * 1005 new word entries, 1754 new example sentences, and many more updates to existing word entries and example sentences. * Once we reach the last bucket of kana search results, don't prioritize hiragana results over